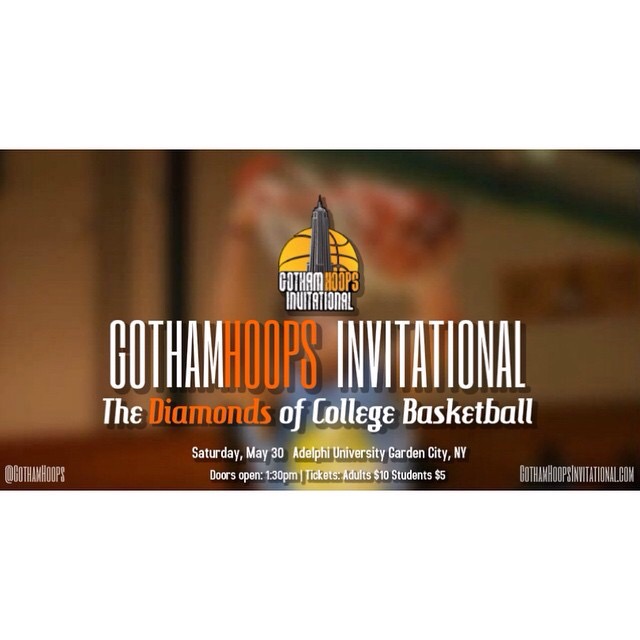 The 2nd annual Gotham Hoops Invitational, which is a showcase for collegiate seniors on the Division I, II, III & NAIA levels that are playing for a chance to play professionally overseas, will be taking place on May 30th at Adelphi University in Garden City, NY.

The event, which was founded by Gotham Hoops CEO & event organizer Ray Anczelowicz, has produced plenty of outstanding talents from Division I colleges that have gone on to play professional basketball in places like Slovakia, Mexico, Spain, Israel, Australia & Denmark, etc. Last year, 20 players from this event earned professional contracts in different countries.

Sponsors for the event are Under Armour, Body Armor SuperDrink, Rock’Em, BlackBerry & RHF.

Both videos are courtesy of Gotham Hoops, LLC.

Here’s our Q & A with the founder and event director Ray Anczelowicz:

When did you start Gotham Hoops?

What made you get into the business of journalism?

I always enjoyed writing, primarily about hoops. Combined the two more often than not and incorporated it once I launched Gotham Hoops.

What is the primary motive of the event?

To increase the visibility of former student-athletes to an audience of pro agents, coaches & scouts.

How many scouts from professional teams are expected to be present?

We’ll have representatives in leagues from a number of countries in attendance.

Will this event be run similar to a pre-draft workout or the NBA draft combine?

Yes, our strength & conditioning coach Kurt Joseph has pre-draft experience and will be leading our inaugural combine at the event.

What can we expect from the Gotham Hoops Invitational?

A terrific day of hoops, a ton of talent, competitive games & passionate fans. And we are having an All-Star game with the top performers of the event going up against current pros.